Do more than watch is not just our catchphrase
We are activist media makers, organizers, journalists, and technologists
fighting for social, cultural, economic, and political justice 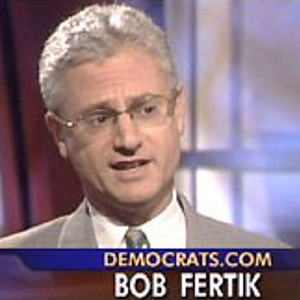 Bob Fertik co-founded Democrats.com in 2000 as the first online community of progressive Democratic activists, now over 4 million strong. This movement led the resistance to George W. Bush and Dick Cheney starting with protests demanding a statewide Florida recount in 2000. His movement also organized the first protest against the invasion of Iraq at the United Nations on September 12, 2002, and led the impeachment movement in 2005 after the Downing Street Memos proved the invasion was based on Bush's deliberate lies. In 2012, Bob co-founded act.tv as the first progressive video network on Facebook. Now act.tv livestreams Trump Resistance protests all across the country. In 2016, with the help of a committed team, Bob co-founded #VOTEPROCHOICE to elect pro-choice Democratic candidates at all levels. 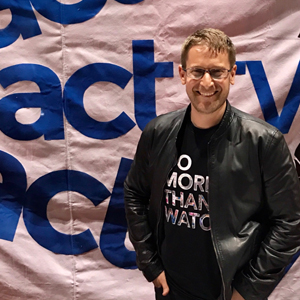 Harry is a digital video pioneer pushing the envelope of progressive politics and social media as television transitions to the Internet. His innovative outlook has been shaped through the social movements he has had the privilege of participating in from the Trump Resistance, Bernie Sanders 2016, Ready for Warren, Occupy Wall Street and more. Harry believes another world is possible -- but we need a better media to make it! 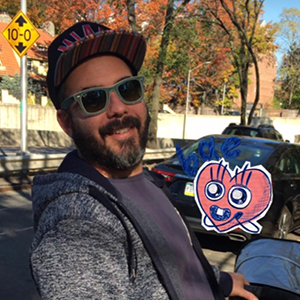 Brad knows the power of a story. That is why he is unrelenting in his pursuit to move people through story, media, and technology. In his current role at act.tv, he helps to paint the story of activists. His day-to-day role as creative director includes overseeing production of multimedia for act.tv's social channels and technical direction of our state-of-the-art livestream system. Brad's background is in researching social policy. He received his Master's Degree from the University of Manchester in England. While living in England, he worked with field researchers and municipalities to understand the impact of illicit drug use on society. Upon returning to the States, he supervised a therapeutic home for foster children. After working on the frontlines of some of society's most pressing issues, he decided to return to his roots in multimedia. He opened up a boutique advertising technology agency that serviced some of the world's biggest brands. While that was fun, it wasn't rewarding. In his spare time he visited Bloombergville and Zucotti Park to be a part of the grassroots movements helping to shape our world. That experience led him to act.tv, because he knows another world is possible 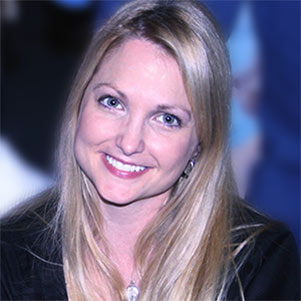 A writer and digital content creator since 2001, Sandi has worked in both the wonky world of public policy and the punditry of online media. This background, blended with her own innate sense of snark, has formed the recognizable voice of act.tv. Sandi oversees our team of writers, producers, and video editors and is responsible for act.tv's in-house video production. She sets the editorial tone of all our content and ensures act.tv maintains high standards for truth, accuracy, and ethical reporting. Sandi truly believes that an educated public is the key to achieving the change we seek and commits every day to helping that happen. 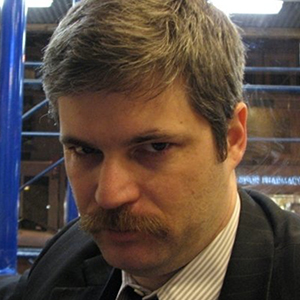 Charles Lenchner, in addition to his work with act.tv, works with Democrats.com. He is a founder of Ready for Warren and People for Bernie, spent time in Zuccotti Park as an Occupier, was digital director in the past for the Working Families Party and Zephyr Teachout campaign for Governor. 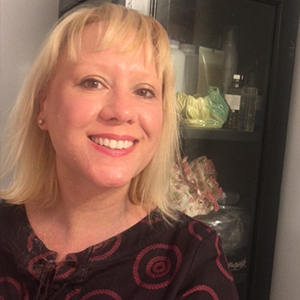 Kelli is a writer, activist and media maker living in Brooklyn. Occupy Wall Street changed her life, and helping others discover their own power is her favorite thing. 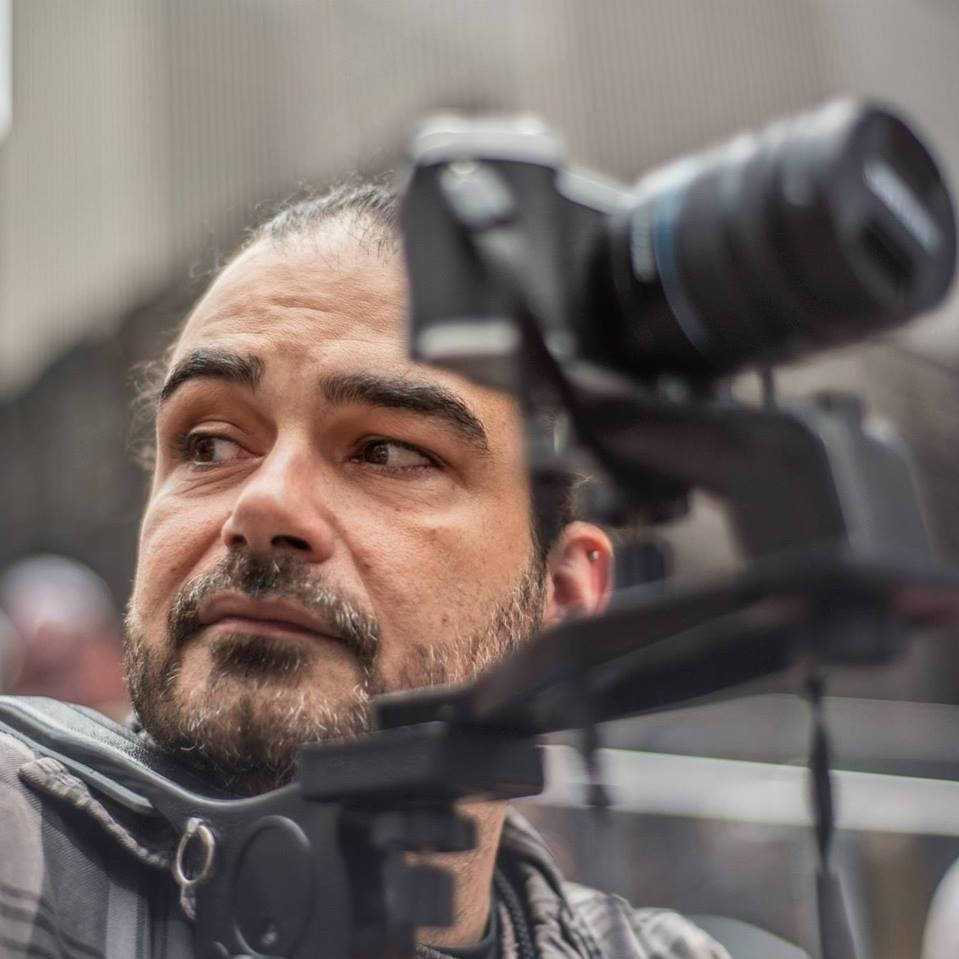 James Woods, also known as "JamesFromTheInternet", is a writer, livestreamer, and content producer with more than a decade of experience in network television production. When he isn't following around angry mobs with a camera or writing scathing indictments of the American political system, James enjoys long walks on the beach and baking his own bread. 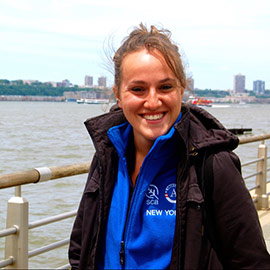 Nia is a Community Coordinator for the Democrats.com properties including Act.tv and #VOTEPROCHOICE working to engage progressive voters and elect prochoice candidates. Prior to the 2016 election, she worked at different non profits around environmental conservation and education. Outside of digital organizing and activism, Nia sings in a post collegiate co-ed a cappella group in NYC. 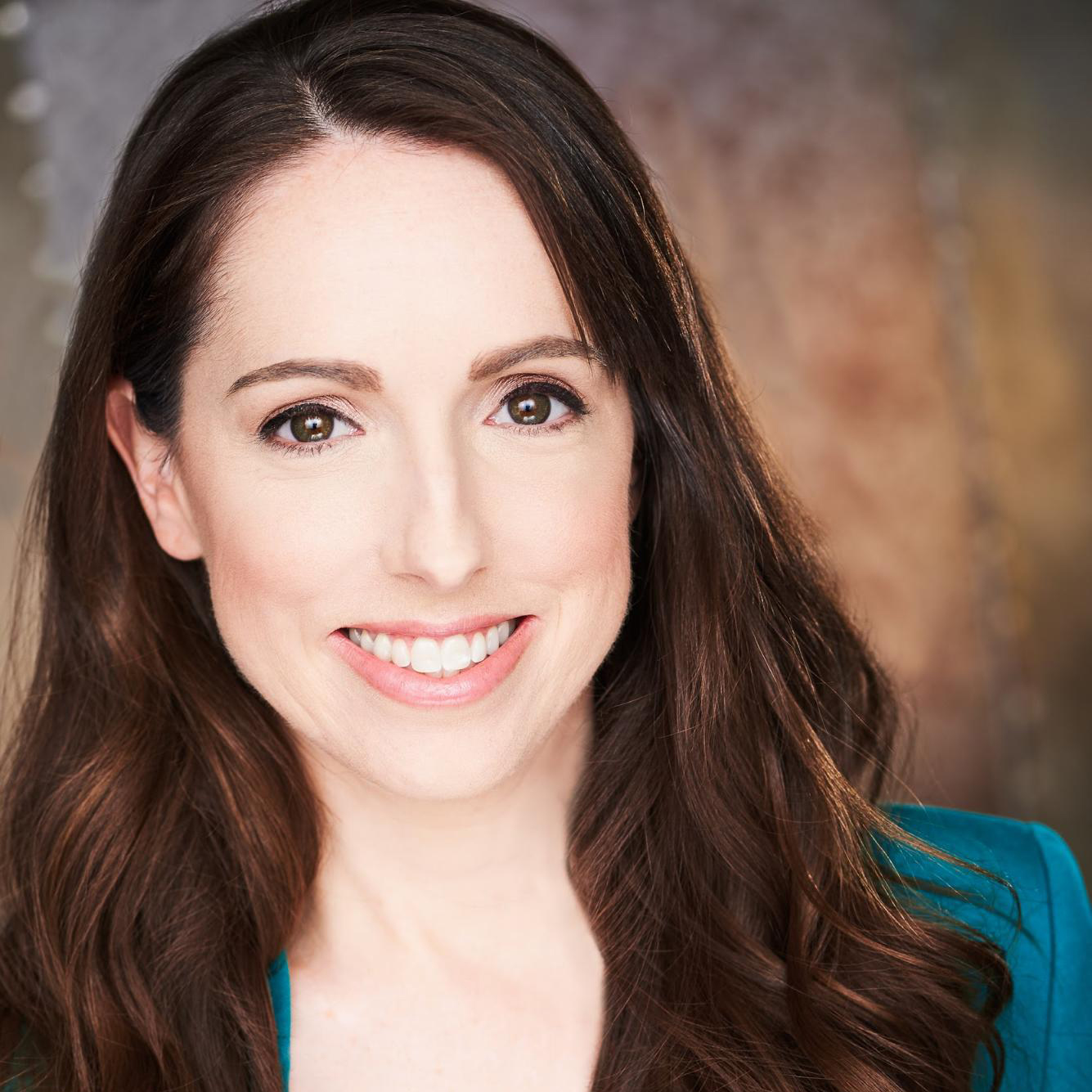 Jackie Koppell generates content and provides support to the act.tv universe and is thrilled to be part of the team. She's a graduate of Cornell University and former Head of Talent at AwesomenessTV, a digital production company that focuses on teen content. Jackie is also the creator and host of the smart political comedy brand, Newsy News. Her content has been featured by George Takei, The Huffington Post, The Atlantic & Upworthy among others, and she’s regularly a guest on nationally syndicated radio shows and podcasts. Most recently she sold a pilot to NowThis that focuses on comedy & civics. 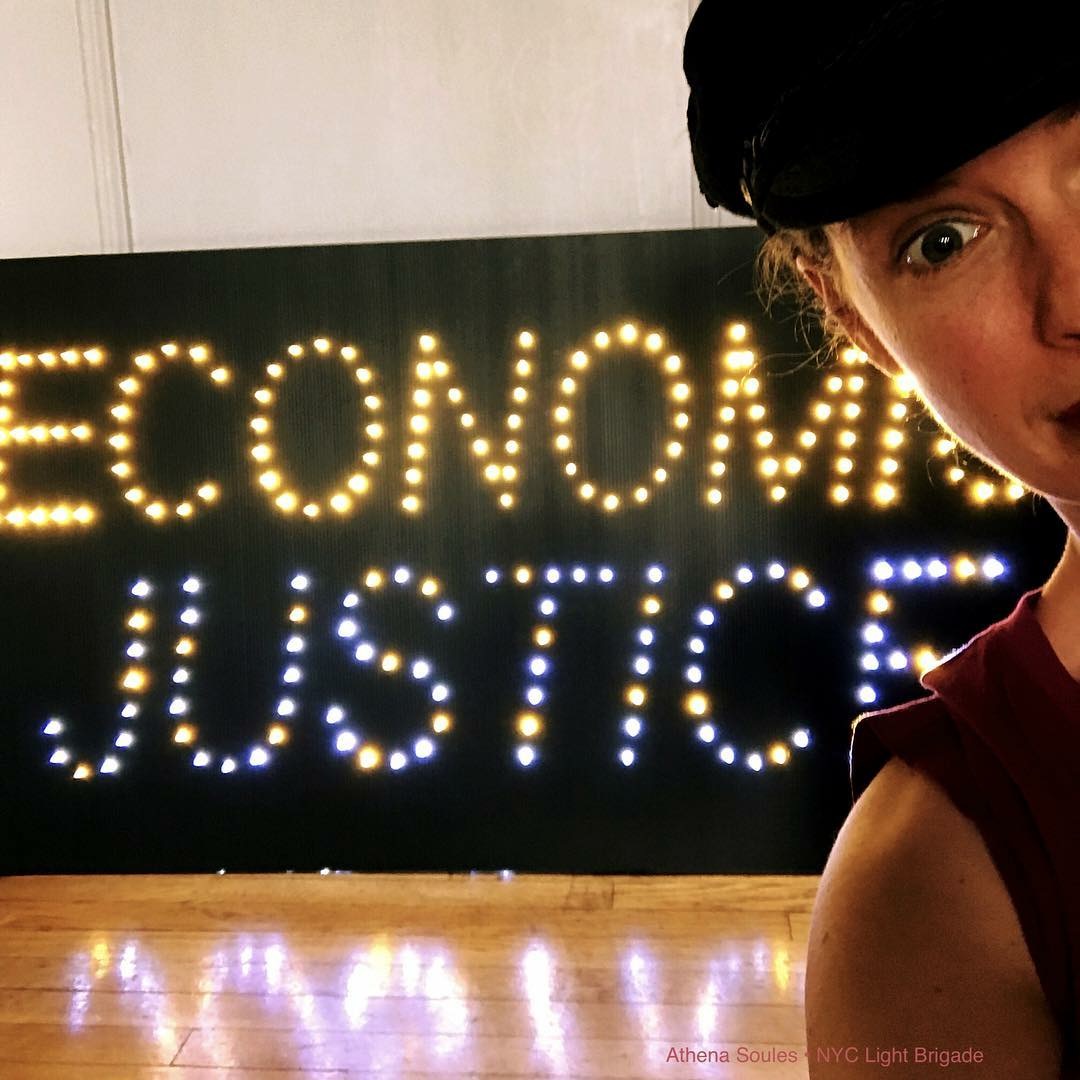 Athena is an artist and activist who has provided iconic visuals at protests, marches and rallies since the Occupy Wall St. movement in 2011. She is co-founder and director of the NYC Light Brigade, a group that uses illuminated LED signs placed strategically amidst crowds of protesters and activists to define the crowd’s mission clearly when reported in the media. Her work has appeared on the front page of the Washington Post and the NY Times, and the Smithsonian Institute has expressed interest in acquiring her Occupy Wall St. banner. Athena has worked closely with act.tv to create its “DO MORE THAN WATCH” outro video and to design act.tv’s conference booth. 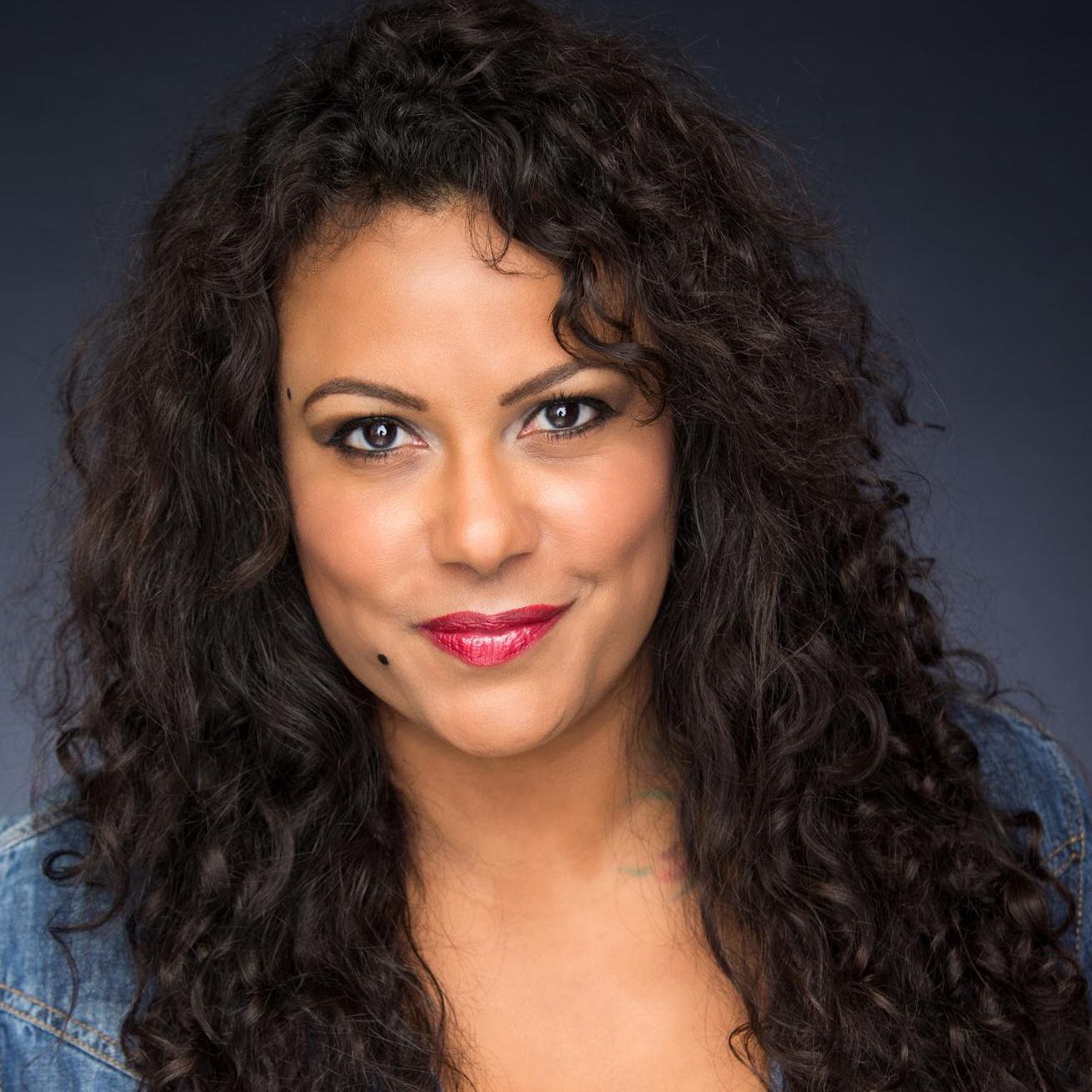 Sylvia Gordon is a professional musician and songwriter with a passion for editing, video/photography, and motion graphics. Always on the go, mobility is tantamount to Sylvia's existence and she currently pays her would-be rent to various airlines instead. 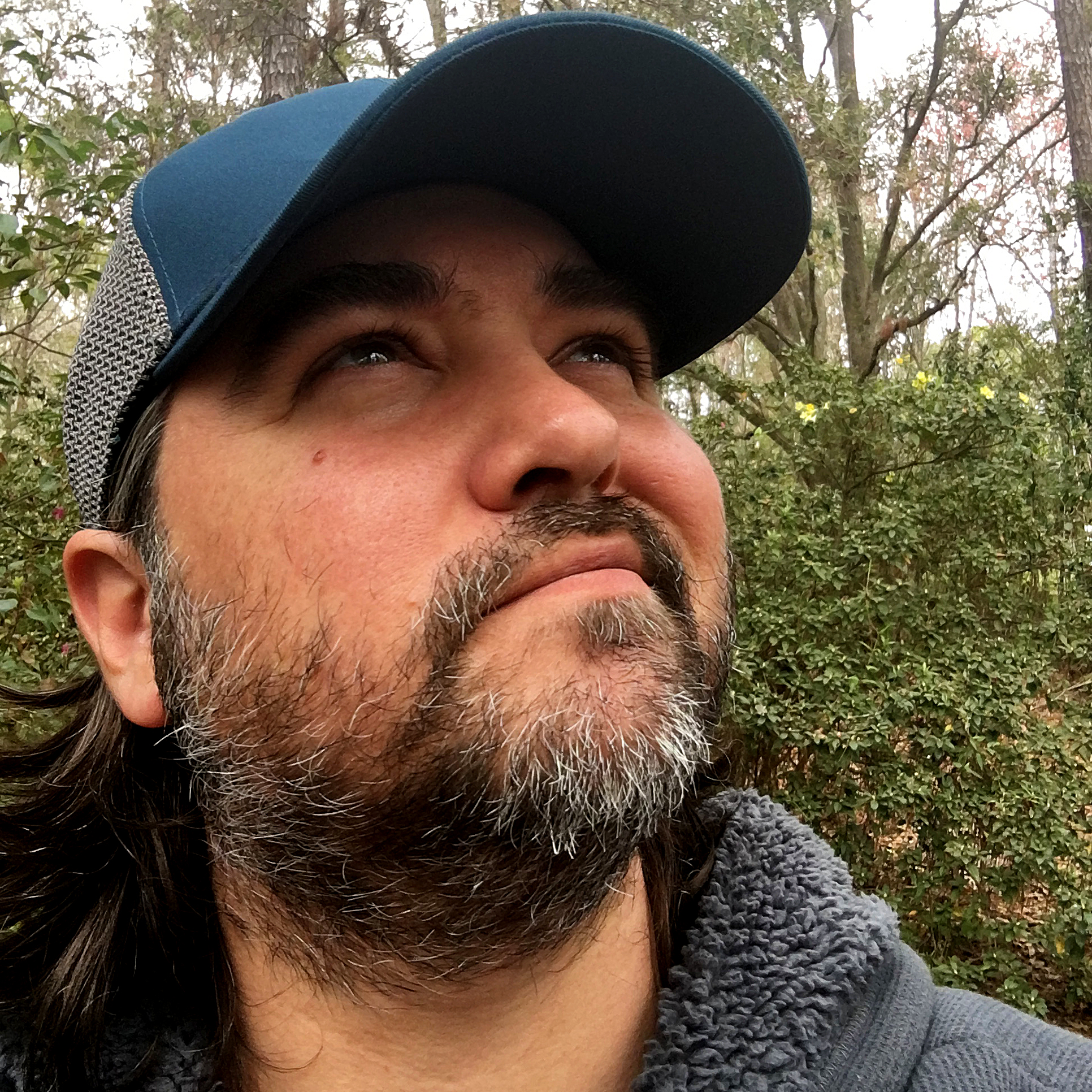 Matt is a graduate of University of Central Florida’s film & screenwriting program. He has run his own photography & graphic design company for the 13 years, in addition to writing & directing numerous short films with O’Pen Head Films. He first began his political activism following the 2003 invasion of Iraq, making anti-war & anti-Bush Administration posters & street art. He is glad to be a part of the act.tv team & believes we need to do everything we can to leave this world a better place for our kids. 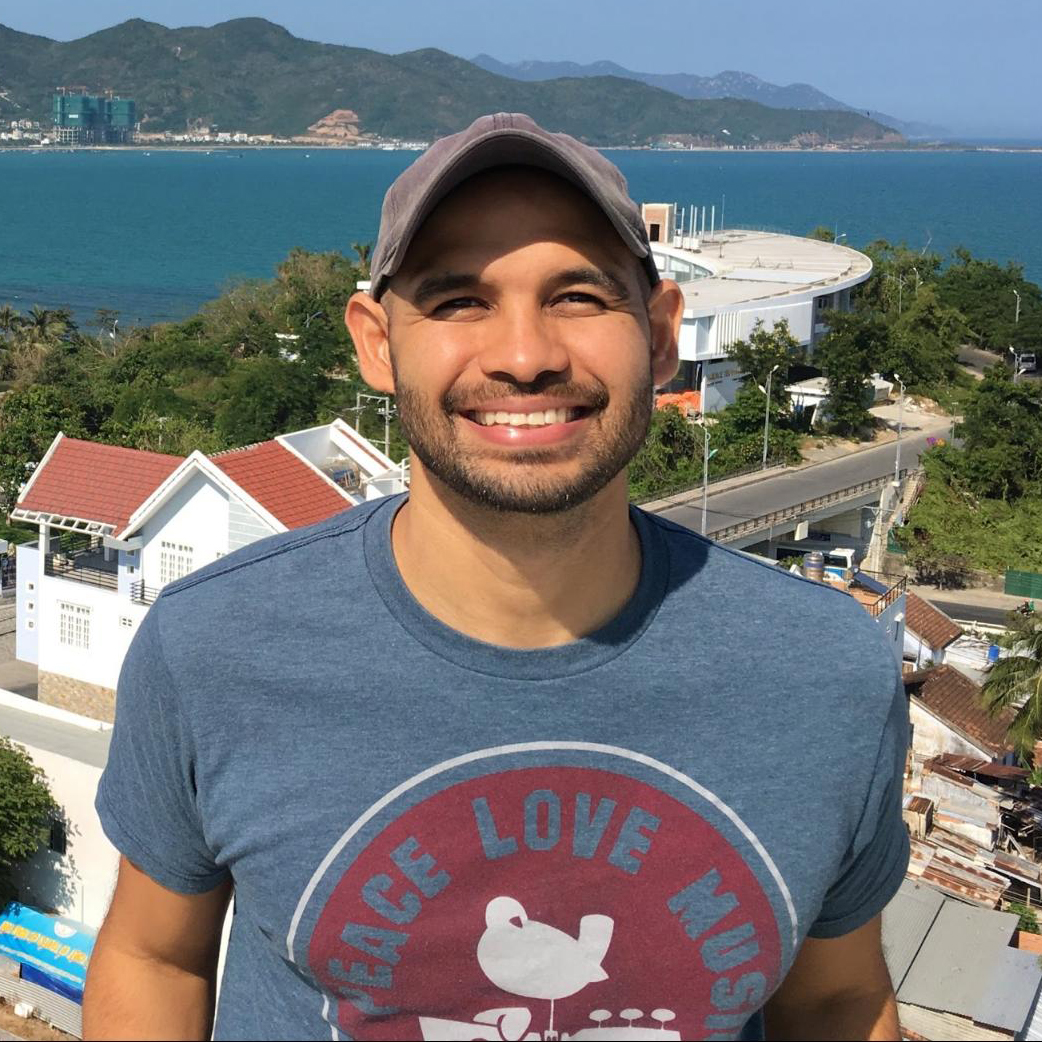 Alex is a writer, producer, animator, and marketing strategy assistant at act.tv. Alex’s animated videos consistently get millions of views (over 100 million to date), and they’re regularly shared by people like Senator Bernie Sanders, George Takei, Robert Reich, and pages like TED.com and Upworthy. Before act.tv, Alex was a Marketing Exec at Cisco, and the Editor in Chief of iPhone Life magazine. 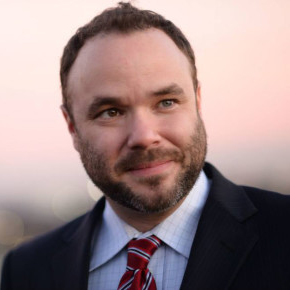 Alex Lawson contributes a wide range of organizing and business development expertise to act.tv. He is the Executive Director of Social Security Works, a non profit organization fighting to protect and expand Social Security benefits. He is also the co-owner of We Act Radio, a media corporation that combines broadcast and new media to deliver independent progressive voices in the formats people use most. Alex has appeared on numerous TV and radio outlets including FOX News, FOX Business, and C-Span and is a frequent guest host of The Thom Hartmann Program, one of the top progressive radio shows in the country. He is a member of the National Academy of Social Insurance. 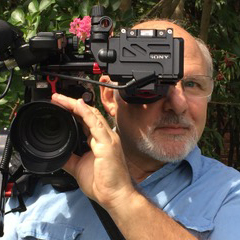 Phil has 30+ years of broadcast TV news experience, including 27 years as a photojournalist at NBC in Washington, DC. -- newsgathering, producing stories and live-remote satellite broadcasts of local, national, and international breaking news events. He covered the tearing down of the Berlin Wall for NBC News. Since 2010, Phil has been Director of Photography at his own company, specializing in video production and communications for labor union-backed and progressive causes and organizations. 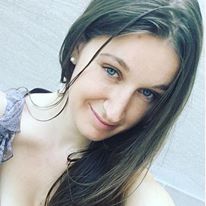 Jocelyn Macurdy Keatts is a digital organizer and on camera correspondent for Act TV. She has a degree in psychology, and has had her research published by the American Psychological Association, winning awards for her scientific achievements from the US Army and Yale. Her experience as a field organizer and psychological researcher serve as the basis for her work to mend the social and political riddle which currently divide us. She has prolifically interviewed activists, students, politicians (including Rep. Alexandria Ocasio-Cortez) and celebrities (including Danny Glover), and appeared on CNN, C-Span, The Zero Hour, and TYT. She's written for Newsweek, the Huffington Post, and Time, and looks forward to continuing to cover a brave new generation of political thinkers, organizers, and activists. 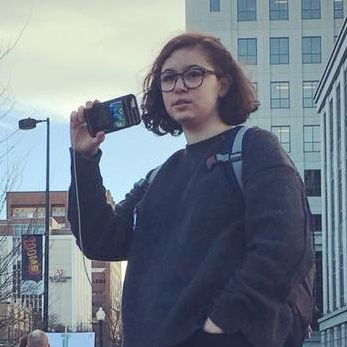 Maia recently earned her certificate in Labor Studies from the Murphy Institute at the CUNY School of Professional Studies and is a Digital Media Assistant with act.tv. In this role she contributes a wide range of skills, including in the areas of community management, distribution, and partnerships. In addition to her work at act.tv, Maia has worked as the Conference Coordinator for Organizing 2.0 and has been involved in organizing efforts in Washington, D.C. She was previously involved in electoral and activism work in Tennessee and Colorado. 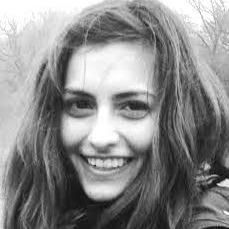 Rebecca Centeno is a Mexican-American award-winning documentary filmmaker. Her video work has been featured on Free Speech TV, The Washington Post, Last Real Indians, PAPERMAG, and Deep Dish TV. She is the co-founder of "Reels for Radicals", a screening series by Deep Dish TV and the Paper Tiger TV collective, which highlights the work of political films and creates space for critical dialogue. Her film, "Earth Speaks" (2015, 12min), about fracking on Native American Reservations was featured in The Red Nation Film Festival, Santa Fe Film Festival, San Pedro International Film Festival, South Texas Underground Film Festival, Cinema Verde Environmental Film Festival, and the Green Unplugged Online Film Festival. Rebecca holds a BFA in Film and Television from NYU’s Tisch School of the Arts and an MFA from the Integrated Media Arts (IMA) Program at Hunter College. 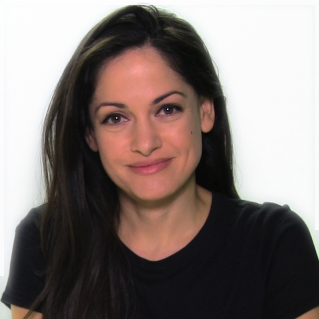 For over a decade, Lori has written and produced news content for clients including CNN, NBC News, the Discovery Channel, and many others. Her YouTube channel, TheResident, was one of YouTube's first 75 ad-sharing partners, and she worked with Google as a content creator advisor when the company acquired YouTube. She also represented YouTube at events including the Clinton Global Initiative. Lori has a BA in Writing for Communications from Pace University in NYC, and she is proud to say that Barack Obama follows her on Twitter. 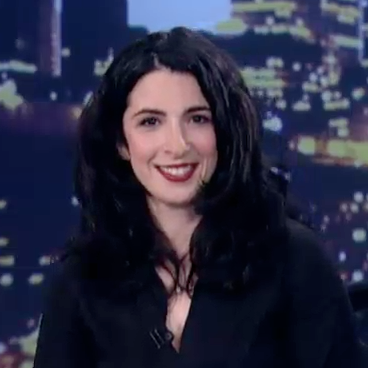 Julianna Forlano is a talk radio host, writer and media expert who dared speak of progressive values to the Fox News Radio audience as a host. She also hosts regularly on the Pacifica Network and currently writes, produces and hosts at act.tv. She is a professor at The City University of New York at Brooklyn College and a consultant to organizations who seek effective strategies to increase donor participation or mobilization of political activism. 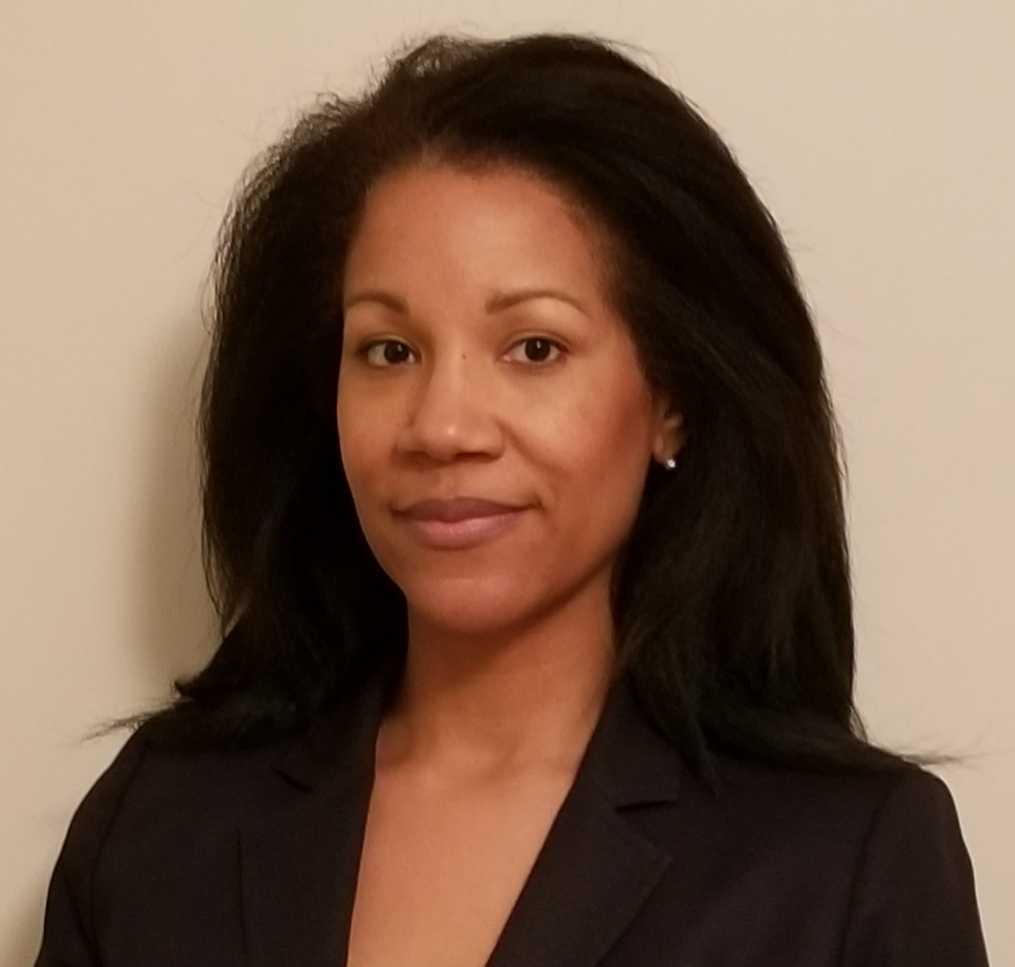 Sabrina holds a JD/MBA from DePaul College of Law. With over a decade of legal and business experience, she provides contract negotiation; risk identification, assessment, and mitigation support; and team management to act.tv. As a lifelong activist, act.tv has been an optimal setting for her to expand her skill set into media operations and field reporting. Sabrina has interviewed notable figures such as former Congresswoman Donna Edwards, former NAACP Director Ben Jealous, and actor Danny Glover.