If You Thought Paul Ryan was Bad, Meet the Racist Running for His Seat 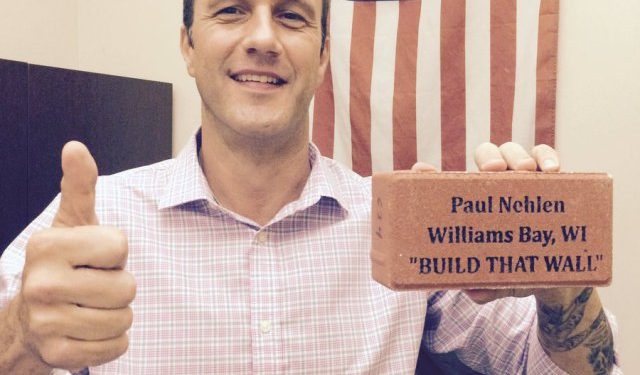 Paul Ryan has long been known for his almost single-minded crusade to eliminate poverty by eradicating the poor. But as bad as many believe him to be, the guy trying to take his seat is so much worse.

Paul Nehlen, who is gearing up for his second attempt to replace the ten-term incumbent, is a dedicated white nationalist. Known for being a supporter of the neo-Nazi trope "It's OK To Be White," Nehlen is frequently a sought-after guest on white nationalist podcasts, who most recently stumped in Alabama for accused pedophile Roy Moore.

On Monday, Nehlen took to Twitter to unload on Buzzfeed for their "attempts to portray" him as "antisemitic" in a recent article titled "How The Alt-Right — And Paul Ryan's Challenger — Coordinate To Fight The "Jewish Media"

Here was his counter argument...

8/ This is the leadership of CNN. Do the people pictured seem to have anything in common? pic.twitter.com/Wx0VAqqV7z

9/ This is the leadership of NBC. Notice anything? pic.twitter.com/kYOqVDCxTC

10/ This is the leadership of The New York Times. Does anything stick out at you? pic.twitter.com/3AVsDDJUTp

11/ I'd be remiss not to include NPR (which is funded by taxpayers). Do you see a pattern? pic.twitter.com/CO2pzVwDUN

12/ And for those of you who thought Fox would be some kind of exception, behold: pic.twitter.com/GS20Jxgst7

Nehlen, who previously had a contributor page on Breitbart, has even been abandoned by Steve Bannon for being too anti-semitic.

But amid continued reports that Ryan will step down at the end of his current term, and national attitudes about race being driven by President Trump, there is a real concern that Nehlen could become a viable candidate in 2018.