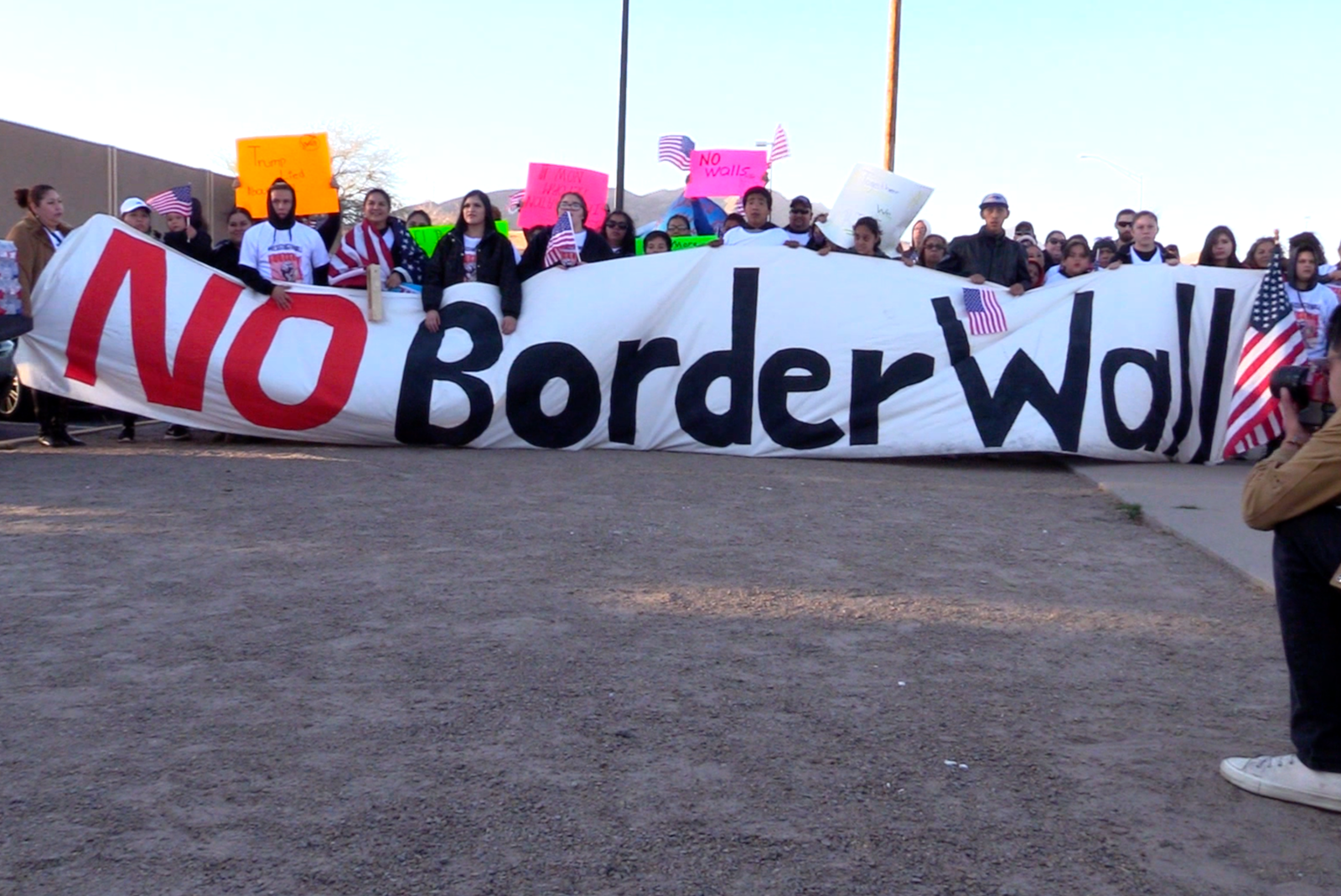 Trump’s arrival in the border city to make a claim for his wall and to rally his supporters, came after remarks made in his State of the Union that El Paso went from one of the most dangerous cities in the nation to one of the safest after the border wall was constructed. Crime data refutes this claim, but it isn’t the first time he lied about border walls and security. On January 19th, Trump made the same claim while touting a border wall in San Antonio, a city that is not on the border and does not have a wall.

“El Paso was never one of the most dangerous cities in the U.S.,” Republican El Paso Mayor, Dee Margo responded.

Crime data from the FBI shows that El Paso has not been one of the most cities in the nation. From 1985-2014, El Paso’s violent crime rate was significantly lower than the average for cities of comparable size. The violent crime rate was among the lowest in the country from 2005–2007, before the 18-foot fence was built in 2008. In fact, violent crime rose again after the wall was completed.

Rep. Veronica Escobar responded to Trump’s SOTU claim with a written letter to Trump asking him to correct the record and apologize to El Pasoans. She also included crime statistics and facts proving his statements are incorrect. You can read the letter HERE.

Father away, reminiscent of Sean Spicer’s statement, “this was the largest audience to ever witness an inauguration, period, both in person and around the globe,” Trump claimed he had “35,000 people” there for him, while Beto had about 200-300. Visual evidence shows this is false.

Reminder: Trump is not getting his stupid wall, featuring @BetoORourke pic.twitter.com/X9MlTP94R9

On the subject of walls, Beto told the crowd, “We know that walls do not save lives. Walls end lives. In the last 10 years, more than 4,000 children, women, and men have died trying to come to this country...and as we build these walls, 600 miles of the 2,000 mile border, walled up and counting, we push them to ever more treacherous and remote stretches of the U.S./Mexico border, thereby ensuring greater suffering and death...There is no bargain in which we can sacrifice some of our humanity to gain a little more security. We know that we deserve and will lose both of them if we do.”

Voltaire said, “Those who can make you believe absurdities, can make you commit atrocities,” and we’ve seen this happen in Trump’s ascension to power. Post-factual politics, lies, and policies based on racism and xenophobia have ended lives and caused great pain and suffering, for POC, immigrants, the LGBTQI+ community, women, and all those who are marginalized.

What will it take to Make Truth Matter Again?